Florida, the only undefeated team left standing in Division I, remained No. 1 in the D1Baseball Top 25 for the third straight week. The Gators beat Florida Atlantic and Florida A&M in midweek action and then swept South Florida to improve to 16-0 overall.

Preseason No. 1 Louisville moved up a spot to No. 2 after taking a road series at Wake Forest. Georgia, Texas Tech and UCLA moved up one spot apiece to round out the top five. Vanderbilt fell four spots to No. 6 after a 1-2 showing at the Southern California Baseball Classic in Los Angeles, including a loss to the Bruins.

DOWN GO THE CHAMPS: UCLA knocks off Vanderbilt

Miami held steady at No. 7, while Ole Miss and Arizona State climbed one spot apiece to 8 and 9. Duke moved up two spots to No. 10 after taking two of three from Florida State, which fell from No. 11 to No. 15.

Three teams made their season debuts in the rankings. UC Santa Barbara entered at No. 23 after a 4-0 week that included a midweek win over UCLA and a road sweep of Oregon State. Clemson checked in at No. 24 after sweeping its ACC-opening series against Boston College. And Virginia landed at No. 25 after opening ACC play with a home series win against NC State, which fell from No. 8 to No. 11. Michigan, Tennessee and TCU fell out of the rankings after posting losing weekends.

D1Baseball editors Aaron Fitt and Kendall Rogers determine the Top 25. Records are through games of March 8. 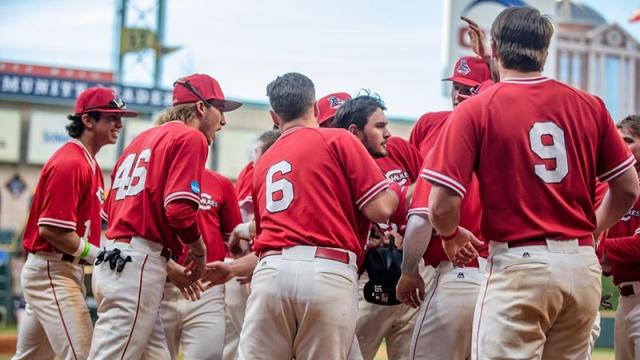 Central Missouri leapfrogs Angelo State and is the new No. 1 in DII college baseball after another perfect weekend. Here’s how the latest Power 10 shapes up. UCLA baseball built a decisive 3-0 lead over Vanderbilt with runs in third and fourth innings. The Commodores got within a run, but the Bruins’ pitching closed the door to pick up a win over the defending national champions. 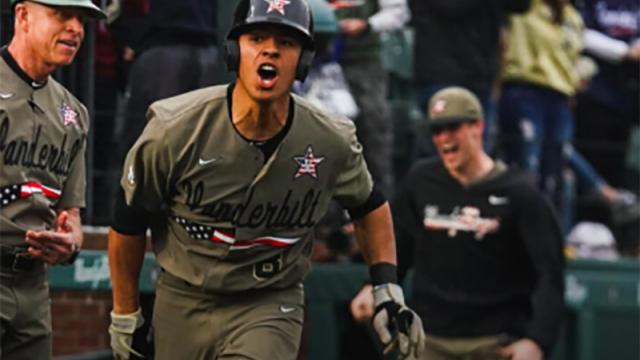 Vanderbilt vs. UCLA and 9 more DI college baseball series you won’t want to miss this weekend

No. 2 Vanderbilt and No. 22 TCU head to Los Angeles, California for a weekend tournament with host No. 6 UCLA in an action-packed weekend of DI college baseball. Here’s the matchups we can’t wait to see.