NEW YORK (AP) — Major League Baseball’s amateur draft begins Wednesday night with the first of a pandemic-shortened five rounds. Detroit has the No. 1 overall pick for the second time in three years after taking pitcher Casey Mize in 2018.

EYES ON 2021: Omaha waits, eagerly, for the return of the College World Series

Here’s a look at the top college and high school players who’ll likely hear their names announced as early selections: 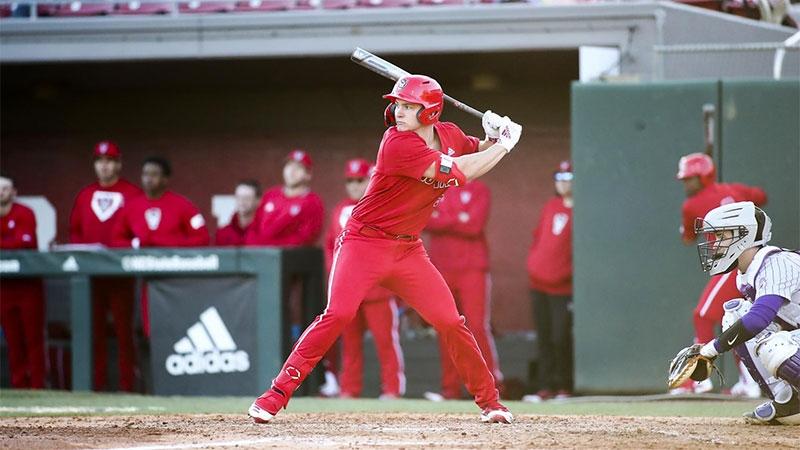 Athletic catcher with solid defensive skills was on his way to a terrific junior season with a team-leading six home runs and 20 RBIs while batting .296. Switch-hitter was the ACC freshman of the year and followed that up last year by hitting .288 with 10 HRs and 40 RBIs and committing just five errors in 476 chances. Also threw out 33% of would-be basestealers. Likely the first catcher drafted this year. 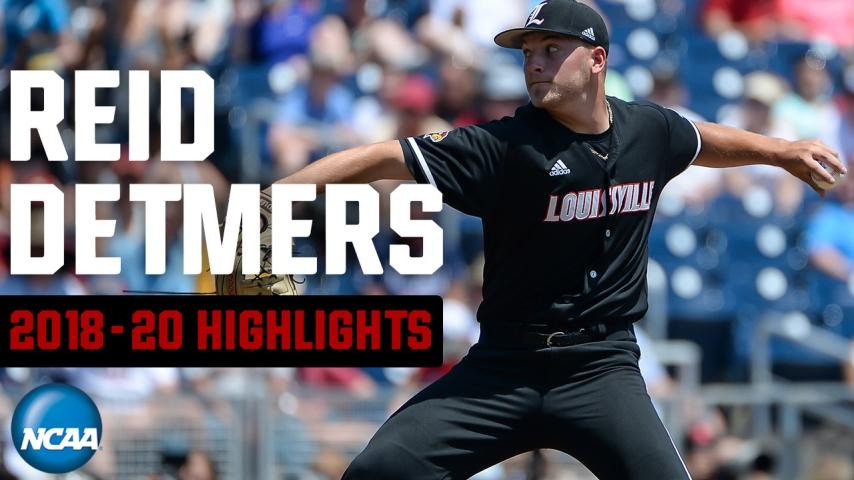 Last year’s ACC pitcher of the year went 13-4 with a 2.78 ERA in 113 1/3 innings while setting the school’s season strikeouts record (167) and tying the mark for wins. Followed that up by being the ace of the USA Collegiate National Team last summer, going 2-0 in three starts while allowing just one run in 12 innings. Polished with a fastball that sits in the low- to mid-90s with great control to go along with a solid curveball and changeup. Went 3-0 with a 1.23 ERA and 48 strikeouts in 22 innings this season. Likely to be second lefty picked behind Texas A&M’s Asa Lacy. 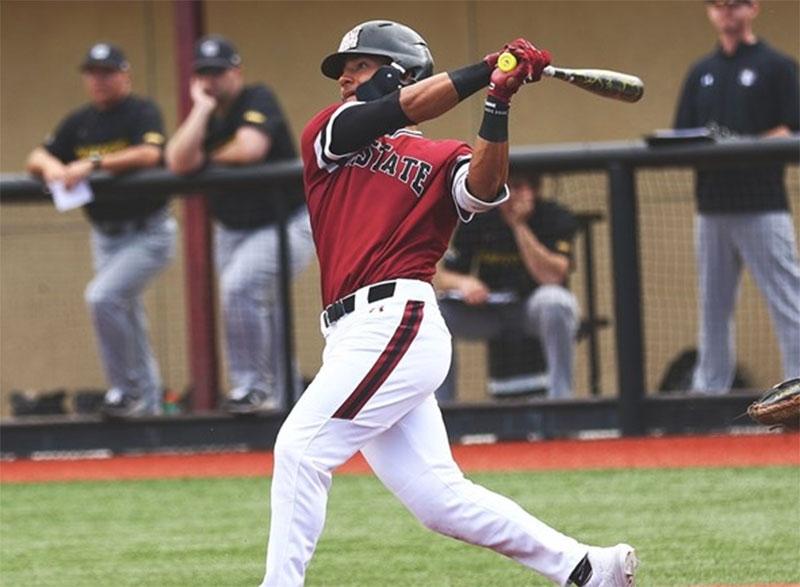 Slugging middle infielder has one of the best pure bats in the draft, and it’s not simply a product of being inflated by New Mexico’s high elevation. Hit a Division I-leading .432 with 16 homers and 80 RBIs, and capped his big year by winning the Cape Cod League MVP award while hitting .351 in the wooden bat college summer circuit. Got off to another torrid start this season with his short, compact swing, hitting .448 and leading the country with 12 homers, 36 RBIs, 67 total bases and 28 runs. 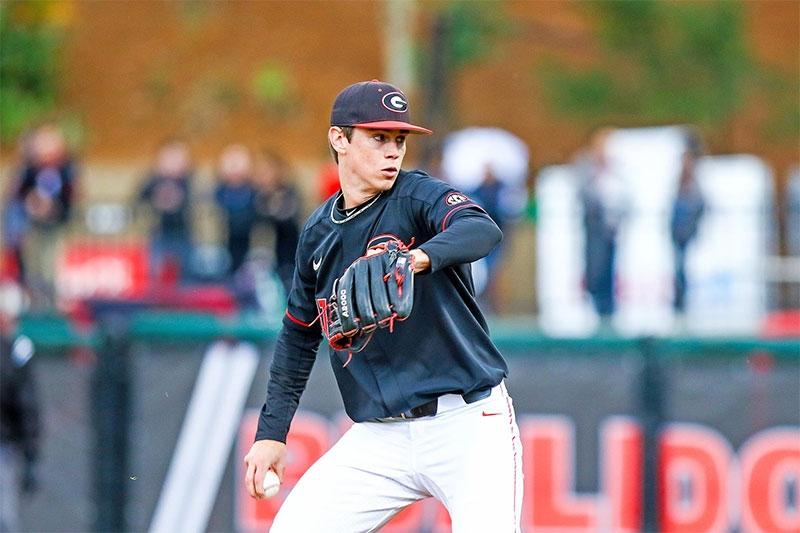 Fireballing righty could surpass outfielder Jeff Pyburn (No. 5, 1980) as the University of Georgia’s highest-drafted player. Went 8-3 last year with a 1.99 ERA that ranked eighth-lowest in school history. Was 2-0 with a 2.75 ERA, 34 strikeouts and only three walks in 24 innings over four starts this season. Has excellent command of four pitches, including his mid- to upper-90s fastball, a mid-80s slider, solid curveball and tough changeup. Likely to be the first righty selected.

Lefty-hitting Hassell is considered by many to be the best pure hitter among high school players. Vanderbilt recruit will likely be the first high school position player from Tennessee picked in the first round since outfielder Mike White went 19th overall to the Dodgers in 1986. Draft stock rose last spring and summer when he led the U.S. national team and later hit .514 at the under-18 World Cup in South Korea. Also a solid pitcher, but teams envision him as an outfielder — likely in center field. 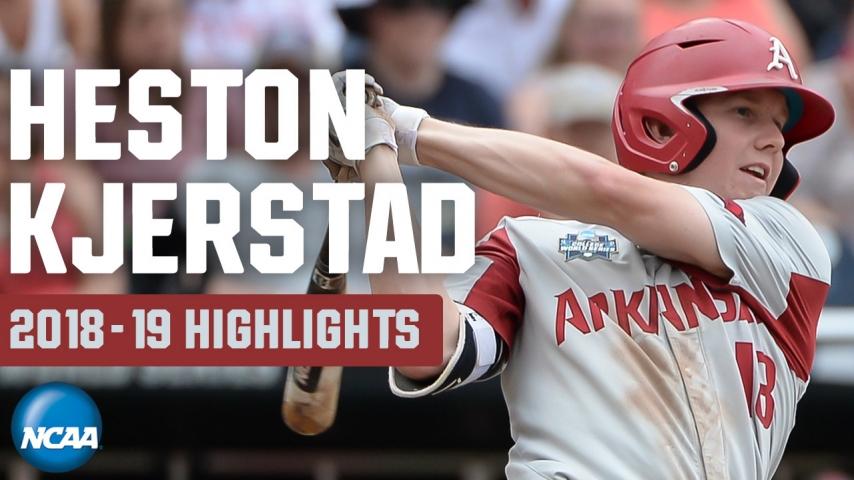 Arguably the best all-around college outfielder in the draft. Has a powerful left-handed swing that has produced every year in college. The Southeastern Conference freshman of the year in 2018, he followed it up by becoming the first Arkansas player with 50 or more RBIs in his first two seasons since Rodney Nye in 1998-99. Kjerstad was leading the Razorbacks in seven offensive categories when this season ended, including batting average (.448), homers (six) and RBIs (20). Seventh in school history in career HRs with 37.

FASTBALL: 9 College World Series records that (we think) will never be broken 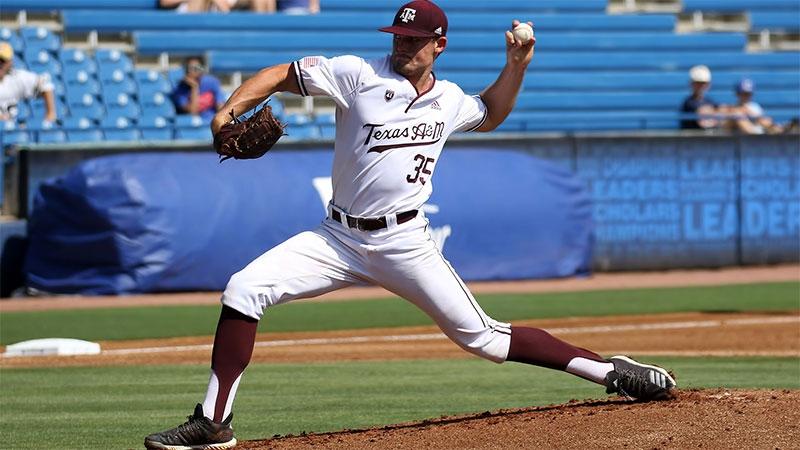 Aggies ace has been in the discussion to go No. 1 overall, along with Arizona State first baseman Spencer Torkelson and Vanderbilt third baseman Austin Martin. Could be the third college left-hander to be selected with the top overall pick, and first since David Price was taken by Tampa Bay in 2007. Should surpass pitcher Jeff Granger (No. 5, Kansas City in 1993) as the highest-drafted player in school history. Has a three-quarters delivery and terrific repertoire led by an overpowering mid- to upper-90s fastball, to go along with a hard slider, solid curveball and good changeup. Was third in Division I last year by allowing opponents to hit just .162. Was 3-0 with a 0.75 ERA and 46 strikeouts in 24 innings this season. 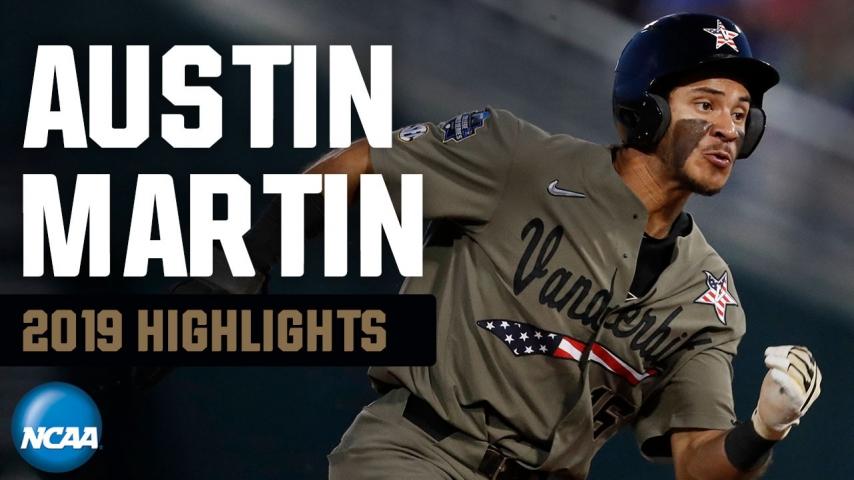 Could join Dansby Swanson (2015) and David Price (2007) as No. 1 overall picks from Vanderbilt, which would tie Arizona State for the most from one school. Martin started at six positions as a freshman and played most of last season at third base but also has worked at second and center field in college. His short, quick stroke from the right side of the plate is what has teams drooling. Considered by some as the best pure hitter — college or high school — in this year’s class, he was hitting .377 with three HRs and 11 RBIs when season was canceled. Led the SEC last year with a .392 batting average and .486 slugging percentage, along with a Division I-leading 87 runs. 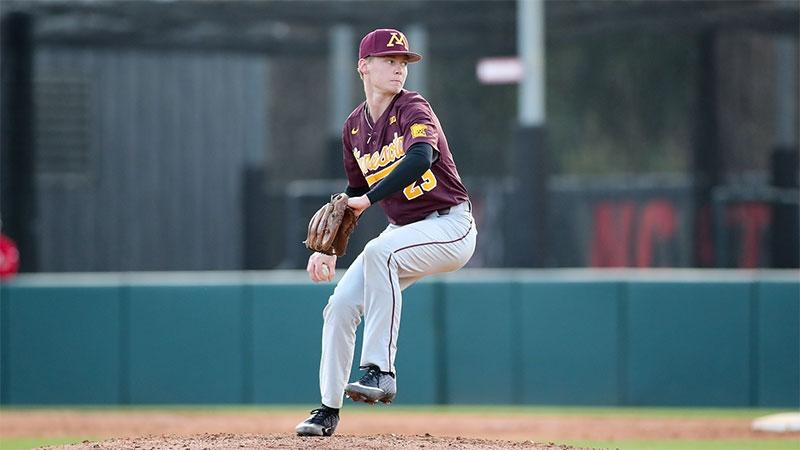 Meyer has been a two-way star for Minnesota, playing the outfield while also developing into the team’s pitching ace. His pro future is on the mound, where he began his college career by tying the school record with 16 saves as a freshman before moving into the starting rotation as a sophomore. Meyer’s slider is wicked, hitting the upper-80s and low-90s consistently, and is complemented by a mid-to-upper-90s fastball — all with a smooth delivery. Has the stuff to be a solid starter despite his experience as a closer. Likely to surpass Glenn Perkins (No. 22, 2004) as Minnesota’s highest-drafted pitcher. 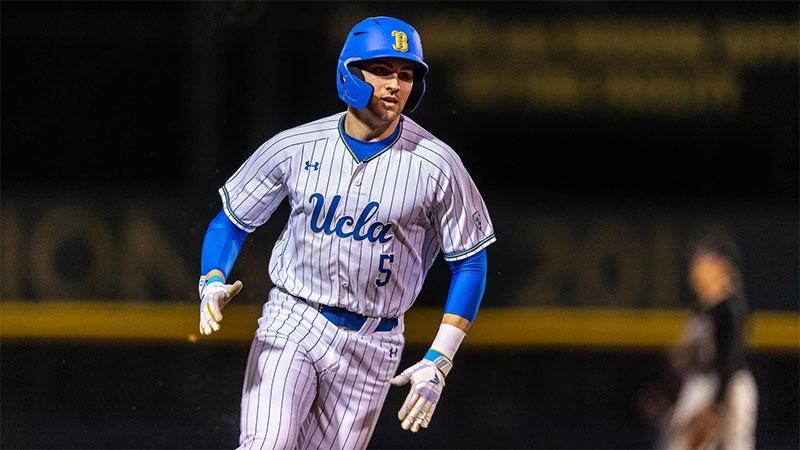 Had a breakout sophomore season in which he hit .349 and led the NCAA with a UCLA season record with 12 triples. Generally considered the best of the college five tools-type prospects in this draft, he was hitting .355 with six doubles and one triple over 62 at-bats. Has an excellent eye at the plate and his patience should play well in the pros. Has big-time power, good speed and the type of defensive skills that should make him a center fielder at the next level. Has managed having Type 1 diabetes since childhood. 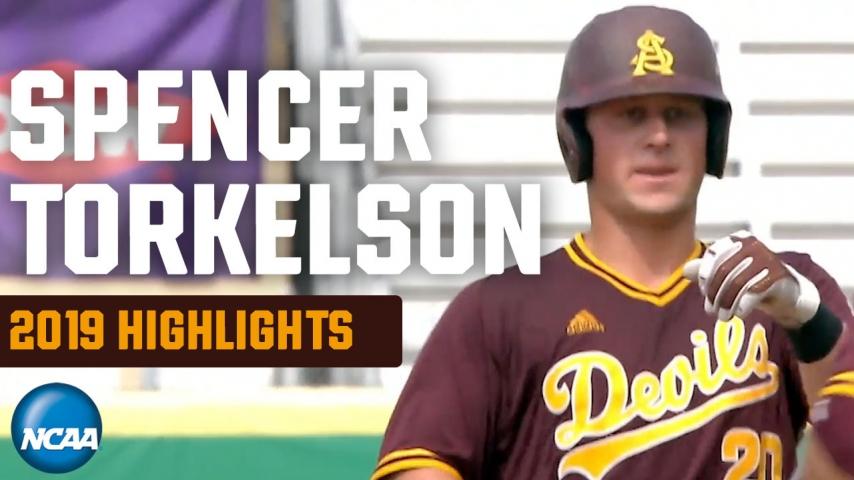 Big-time slugger is the favorite to be taken No. 1 overall, which would make him the first college first baseman to lead off a draft. Could also be the third pure first baseman selected with the first pick, and first since Adrian Gonzalez was taken by the Marlins in 2000 — when current Tigers GM Al Avila was Florida’s scouting director. Undrafted in high school, Torkelson has power to all fields with a powerful right-handed swing and a great eye and patience at the plate. Hit 54 homers at Arizona State, two shy of Bob Horner’s school record.

Arguably the top overall high school player in the draft, with tantalizing five-tools talent. Veen has a powerful but smooth and loose left-handed swing, outstanding speed, a strong arm and solid defensive skills. Florida recruit was hitting .452 with three homers when the season was stopped, further cementing his status as a top-5 pick. There have been lots of comparisons to Dodgers star Cody Bellinger because of his body type and overall ability.

This article was from The Associated Press and was legally licensed through the NewsCred publisher network. Please direct all licensing questions to legal@newscred.com.